Founder and Creator of Jungshin Fitness 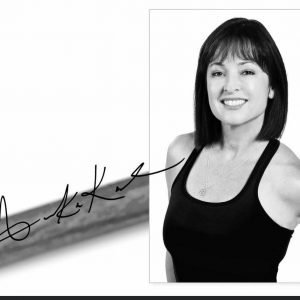 Martial arts world champion Annika Kahn is an expert in health science and the creator of Jungshin Fitness.

Annika is an award-winning presenter with an extensive background in athletic conditioning and sports performance. She has been awarded four world grand champions and the rank of third degree black belt in the Korean Martial Art of Kuk Sool Won and a loyal and dedicated student under Master Sung Jin Su. Annika develops and implements instructor-training programs and leads corporate team-building events worldwide. She is known for transformational programs that are playful and accessible yet challenging. Regardless of age or fitness ability, Annika has the capacity to meet you where you are. Annika is passionate about the body/mind connection, which she integrates into every workout.She holds a master’s degree in the psychology of movement. She lives in San Francisco, CA.  Click for Annika’s CV

Annika learned at an early age to go with the flow. As an infant, Annika crossed the Atlantic Ocean in a ship headed from Asia to Europe. Her parents tossed her back and forth while they suffered from sea-sickness. To this day, her most creative ‘aha’ moments take place in water. And she remains deeply connected to Asia.

Born in London, England, Annika moved to the US with her parents at the age of three, when her father landed a job as a professor of Chinese history at Stanford University. Her father’s relationship with Asian cultures led her to the study of Asian martial arts beginning at the age of eight. This lineage—coupled with her mother’s radical tenacity to fight for what is right and cut through barriers—gave Annika access to her own core-aligned strength.

In her early 20s, Annika discovered the traditional martial art of ​Kuk Sool Won​ through a friend with whom she decided to trade ‘kicks’ for ‘concepts.’ Her friend taught Annika how to kick and Annika taught him math. The coupling of these two universal languages—martial arts and mathematics—underlies Annika’s unique perspective on the human body, spirit, and health. Annika dove deep into the practice of Kuk Sool Won. Along with the intense physical training, Annika found the language of math in the movements, and began to break down the ancient forms into patterns. These studies lead to the current Jungshin model: an eight-by-eight choreography of stances and strikes, warrior attributes, and conditioning techniques.

Alongside her martial art practice, Annika completed her studies in mathematics and joined the biotech team at Applied Biosystems (now Life Technologies). Moving beneath muscle, fascia, bone, and organs, Annika sliced deep into the study of genetics for protein structures and DNA coding. The intense focus required with fragment analysis and DNA sequencing was no different from the intense perseverance and patience required to perfect and practice martial arts stances. Annika began to understand the body as a temporary and moving membrane between inner and outer worlds. This conceptual understanding of the physical and energetic body guided Annika deeper into her studies of organ health, specifically, what types of movements support maximum organ health.

While healing from a serious injury, Annika picked up a sword as a tool to strengthen the muscles surrounding her spine. She developed simple strikes and stances with physical coordination and mental concentration. The sword became an extension of her body. Its rhythm focused her mind. Jungshin emerged as the warrior workout she feels chosen to share.

Annika is honored to bring Jungshin Fitness to the world. She is in complete awe of the amazing instructors, partners, and teachers that have joined the mindful, effective movement.